by shellfaithfull on September 24, 2017 in Across The Border • 4 Comments

After spending most of the previous day travelling from Madrid to Sarria, we arrived in Sarria relieved to get off the road and excited about the following day, our first steps on the Camino!

This would be my first time a team leader for Inspired Adventures after having completed three other fundraising treks as a participant to the Great Wall of China, Kokoda and the Inca Trail.  Leading seven women, all from Newcastle and the Hunter Valley region who spent the last 12 months training and fundraising over $42,000.00 for the Hunter Breast Cancer Foundation. This journey of support was always going to be a significant chapter in all of our lives, particularly as most of us have been touched by breast cancer. In fact two of the team are breast cancer survivors. Incredibly brave women.

We checked into our hotel, Oca Villa de Sarria and some of us set out for a wander around the town and others decided to do some washing after a few days in Madrid. The view from my hotel room was absolutely gorgeous! 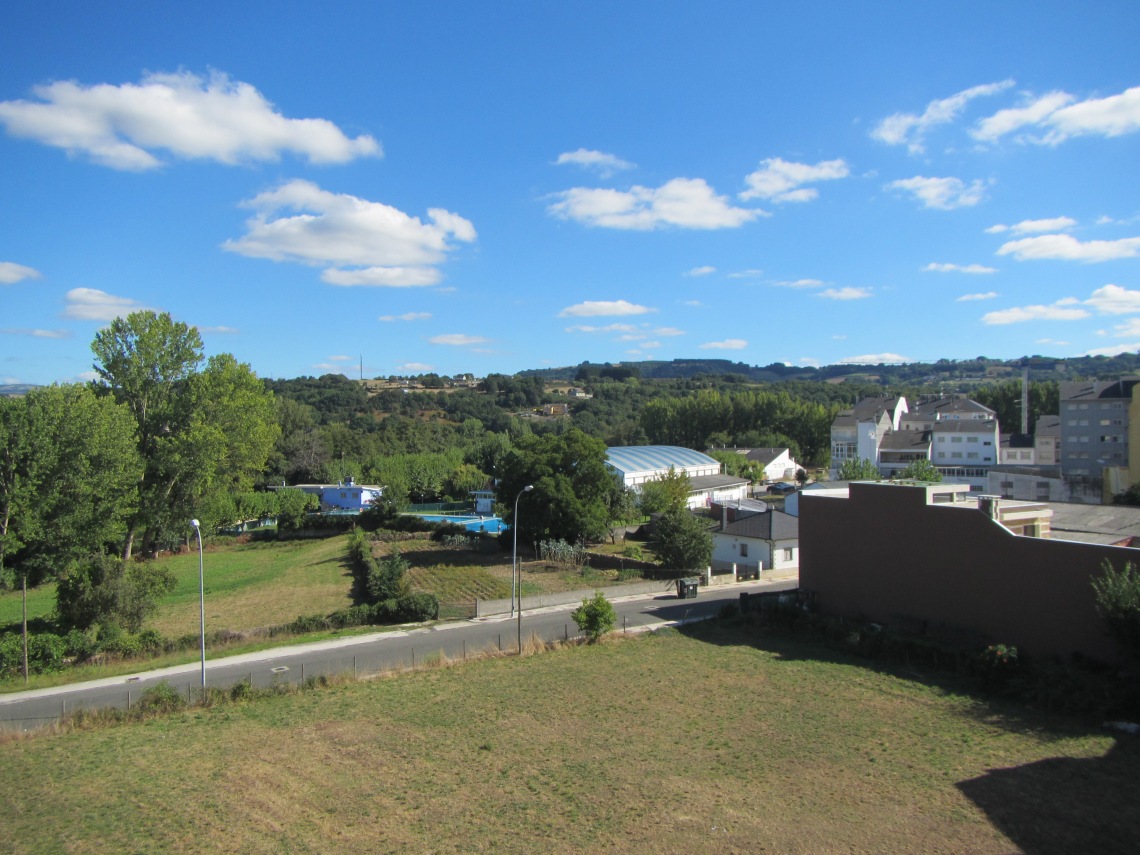 View from my room

Sarria is a lovely little town, right by the river.

Beautiful Sarria by the river

Later that afternoon we met our local guide Giulia in the hotel lobby for a briefing about our first day on the trail. She gave us all a map which had points of interest and stops for the day and she explained the general terrain we would be covering. After a few questions from the team, we set off for an early dinner at a restaurant not far from the hotel and demolished a lovely three course feast, in nervous anticipation of the following day. The time had come.. all the preparation and training would be put to the test!

We checked out of the hotel just after sunrise and walked out into the cool morning air, excited at the thought of what the day might hold and also a little apprehension in terms of how our bodies would hold up!

After some stretching and general banter, we were off down the street to find the entrance to the trail. We reached the stairs and stopped for a photo and then we were on our way!

We begin our journey in Sarria

We climbed our first hill as we made our way out of the town of Sarria. We passed many little albergues and cafes full of pilgrims having breakfast. We too were now pilgrims! 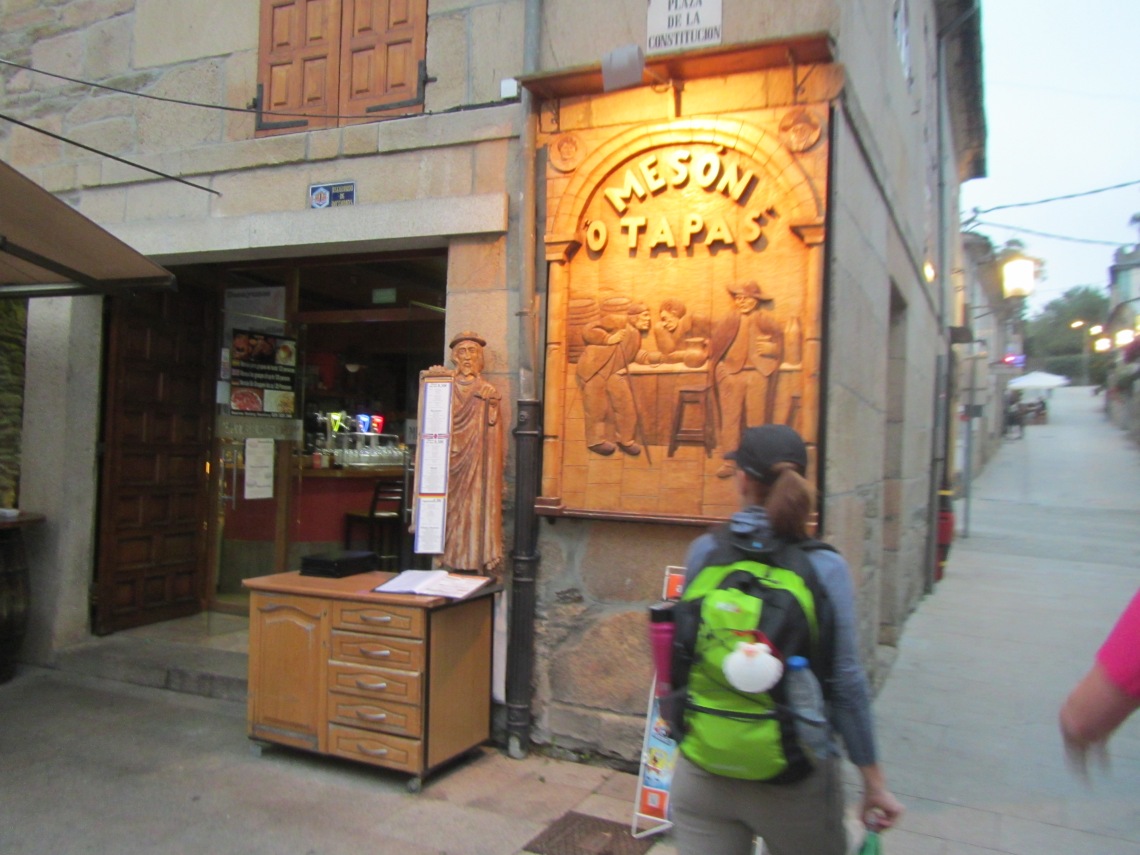 We walked for about 4km through farms and fields and apple trees, so many apple trees! We then stopped at Casa Barbadelo (Church of Santiago) before pressing on for another 10km to our lunch stop at Casa Cruceiro.

It was an ‘interesting’ lunch… some of us didn’t really understand the menu or the waitress’ explanation… mind you she was a pretty cranky waitress, no time for explanation so in our haste to please the waitress, Ali and I ordered what we thought was a cheese Quesadilla, but we ended up with 2 pieces of cheese each, and that’s all. Well at least it was nice cheese… we did then order bread to go with it!

After lunch we were supposed to tackle another 8.5km, however as the legend became known on the trail, Giuilia’s kilometre estimates were often quite different to Jo’s step tracking app and according to the app, we did another 11km. We were all going with that.

The countryside was absolutely beautiful, people were so friendly along the way. We stopped at many little albergues to have our passports stamped. This is essential to prove we have done the distance at the end so we could claim our certificates. It became a cute little ritual every time we stopped somewhere. Undoing each others’ backpacks and fishing around for passports so we didn’t have to take them off! 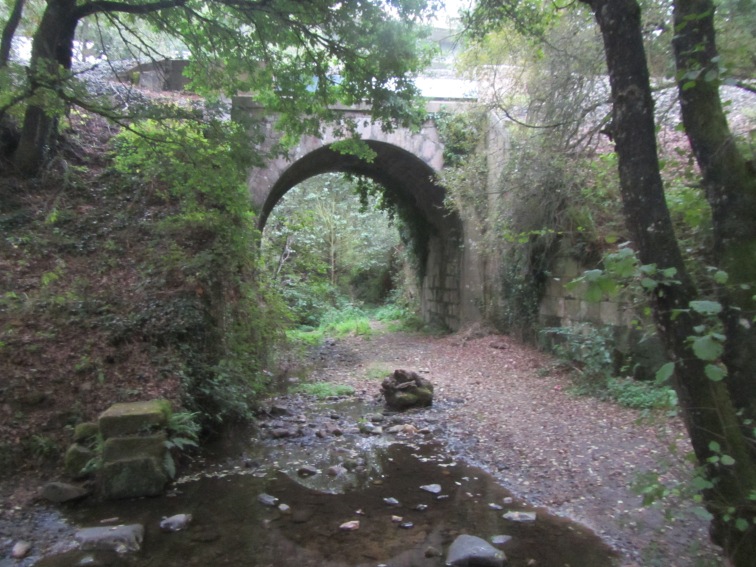 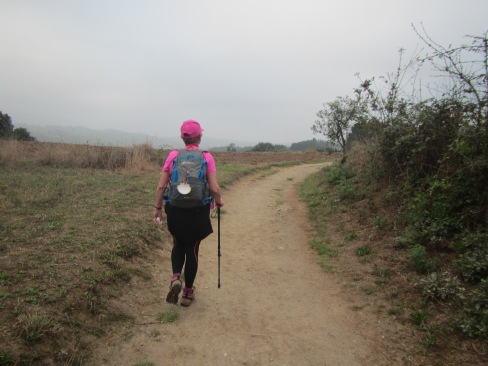 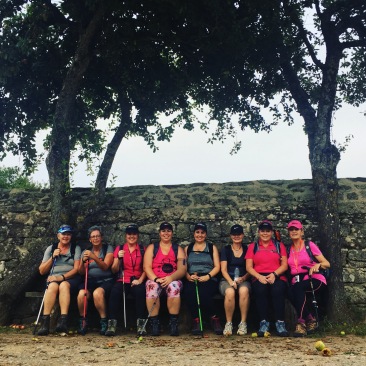 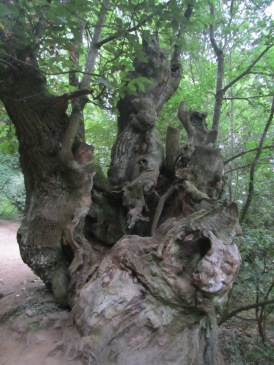 It was a relatively easy walk for rest of the afternoon however the last 5km was pretty hot and hilly. Once we got out of the rainforests and onto the roads it was a little tough. We were all a bit tired by the end of it and poor Sue succumbed to a bit of heat exhaustion as we came into the town of Portomarin. She recovered quickly though after a good night’s sleep. To be faced with a set of stairs at the very end was a bit of a cruel twist!

Walking over the river into Portomarin

Our accommodation in Portomarin was overlooking the river and with a swimming pool nearby, both Ali and Keira didn’t waste any time in jumping in! The rest of us headed to the bar for a well earned beer! 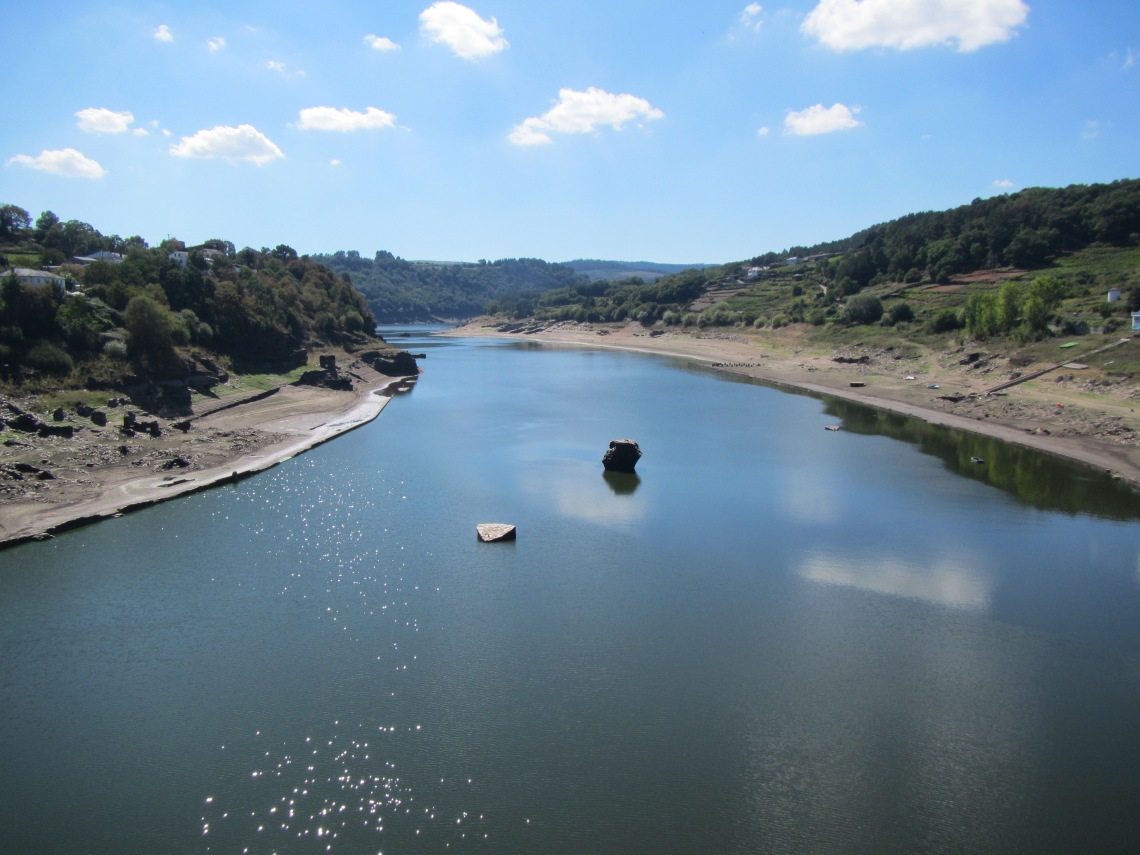 The town of Portomarin has some history. It was constructed and built next to a Roman bridge over the Minho River and rebuilt in the Middle Ages. In the 1960s the Miño River was dammed to create the Belesar reservoir, putting the old village of Portomarín under water. The most historic buildings of the town were moved brick by brick and reconstructed in the new town up on the hill, including its castle-style main church: Church of San Juan of Portomarín. You can see remnants of the old town in the river when it’s low like it is here now.

Time for dinner and it was not without a little excitement… in my enthusiasm of wanting to try the Galician soup in every town (our lovely guide Giulia said they do it differently in different places) I ended up with it in my lap… oh well, the joys of travel and an over enthusiastic waiter. That new dress I bought in Madrid, shall now be known as the Galician soup dress…

So day 1 was done and dusted. An early night was on the agenda to contemplate day 2. We were all a bit relieved and feeling confident now we’d gotten that stretch under our belts but excited at what tomorrow would bring. 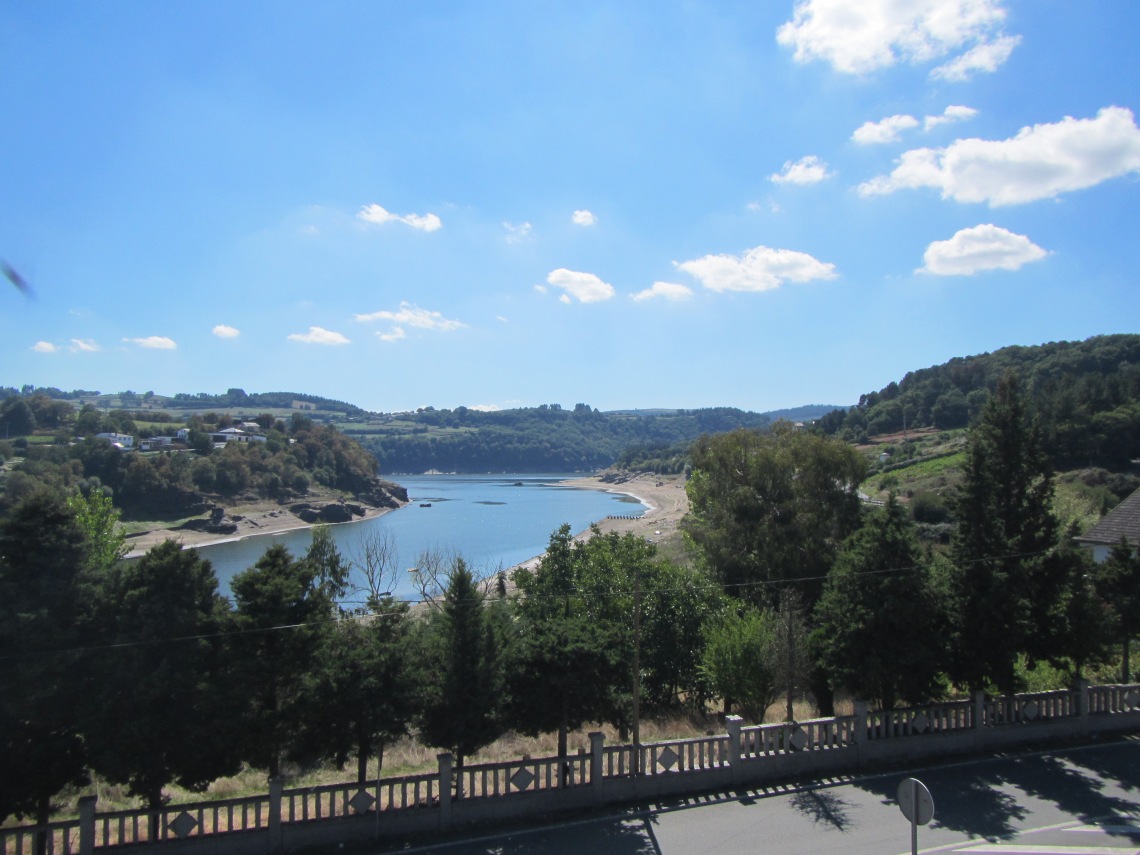 ← The Importance of Being Me
El Camino de Santiago: Day 2 – 28km Portomarin to Palas De Rei →